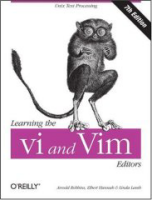 In an earlier series of posts I talked about my first experiences switching to Vim:

I planned to give myself 30 days and see if vim becomes my editor of choice, but 30 days came and went and, although I was struggling, I continued to stick with vim but could not find the time to write up why I was still struggling with it.

Well here we are, now 60 days after switching over, and I am surprised to find myself still using it, and struggling less and less. So I thought I would make the time to write up my ‘Final Thoughts’ describing the positives and negatives of the switch and see if I can decide if it has become my editor of choice…

Vim proponents will tell you that the effort you spend learning vim will pay dividends in the long run once you know how to use it properly. After 60 days I can say that I agree with that opinion.

However, if I spent this much effort learning any editor I think it would pay dividends in the long run. The difference is that Vim forces you to go through this pain, whilst other editors work ‘out the box’ and so most programmers are not inclined to learn the power of those editors.

For example, I think UltraEdit, TextMate, even Visual Studio are pretty good editors, but since they all pretty much just work out of the box, its easy to ignore their advanced features and not spend the time customizing and configuring them.

I wonder if I spent 60 days really learning UltraEdit if I couldn’t get the same positives I described here ? Hmmm, a future article maybe?

I’m still using Vim after 60 days, and I plan to continue using it for the foreseeable future as long as I can keep taking a little time here and there to dig deeper, customize a bit more, learn how to overcome the negatives and build upon the positives.

Vim seems to be so powerful that I could be learning it forever. Here’s a list of some of the things I want to spend time on in the future.